In an article published by Le monde on monday 13 November, it was possible to read the following information: people in distress because of a resurgence of terrorist attacks in Cameroon’s far north region tosses a bottle into the sea and warn: "If nothing is done, empty houses will serve as shelters for Boko Haram. ».

This umpteenth cry of despair is undoubtedly one of the striking illustrations of the continuous presence of the terrorist threat on the African continent and more particularly in the Sahel region. Alarmist predictions of populations living as closely as possible with this singular threat, these words suggest a long-term presence of terrorist groups, under the dual logic of the occupation of territories almost abandoned by the public authorities, and the projection of terrorist barbarism from the shelters provided by these same territories.

The evolution of Boko Haram’s terrorist attacks shows that the military pressure exerted on this terrorist group has led it, at the tactical level, to enter a phase of total terrorism, consisting in superimposing acts of mass banditry on acts of traditional terrorism and attacking with the same strength and methods, both civilian population and armed forces, with at least the aim of undermining the morale of the latter and making the former disappear both psychologically and physically in the areas where they operate.

This evolution, which is not overwhelming in itself, suggests a desire to perpetuate and accentuate the conditions that have made possible, if not the emergence of this terrorist group, then at least the developments that it has been able to experience so far.

It is customary to say that nature abhors emptiness. In the same vein, it is also possible to say that terrorists have a greater ability to grow and reproduce in empty spaces. In a former address, the representative of the European Union for the Sahel, Angel Losada, declares with accuracy that "In the Sahel, the void of the State is the oxygen of terrorism".

In fact, If terrorism finds a way to develop, regenerate and renew warfare patterns in some parts of the Sahel's territorial strip, it is largely because it can greatly benefit from the emptiness that characterizes these areas shared by several States. Polymorphic, the vacuum in question is not only synonymous with the absence or characterized insufficiency of public power adorned with the gladiator's armour, but it also synonymous of lack of basic public goods, in other words, conditions, sometimes minimal, that can allow a dignified and secure existence in areas where thousands of people live or more precisely survive according to their proper logic, which are not always in phase with the strict frameworks intended to regulate their social relations. However, these almost abandoned territories of the Sahel, let us say as a reminder shot, are not without masters. They are legally part of the full meaning of the sovereignty of several States. Therefore, they are supposed, at least in theory, to benefit from a framework and an organization that materializes the effective sovereignty of States. In practice, these territories are left to their own and therefore to the inventiveness, the survival and adaptive capacity of the people who live there. At worst, nothing happens there, time stops and sometimes resumes during election campaigns. Politicians have to hunt electoral game, one may say! At best, these areas like cameroon’s far north region are considered as open-air prisons where civil servants and other public officials are conveyed to be punished. The very rare presence of the State in these areas is thus always experienced by those who embody it as a nightmare, a crossing of the desert. Like the prophet Moise, public officials operating in these areas are called upon to show resilience in order to hope for a way out , under the eyes of resigned ordinary citizens waiting for their messiah to.

The nightmare of public officials and ordinary citizens is all the more profound because, in addition to the weak presence of the State wearing the gladiator's armour in these regions, there is a weak presence of the State wearing a white coat and chalk. Schools and hospitals, to name only these basic infrastructures are sorely lacking in these areas and where they exist, they look like middle ages infrastructures. Therefore It is not surprising that these regions such as The northern part of Nigeria are generally fortified enclaves of under-schooling, illiteracy, mortality rates reaching levels similar to Soviet political scores, all this under the reign of extreme poverty

Citizens of these peripheral areas, who really exist on maps, are invited to find landmarks, especially educational ones, to fill not only the void left by the State but also the inevitable void of their future. In such environments, where there is a diversity of violence, it is not surprising that all alternatives, even those of extremist ideologies, become attractive, if they are presented as saving.

Terrorist groups operating in the sahel region have clearly understood the importance of such a vacuum for their prosperity. The areas where they operate, succeed in establishing themselves and considering their development in the Sahel band correspond most of the time to these empty spaces where millions are now buried each day to win a war that could have been prevented. 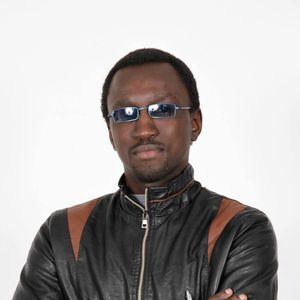